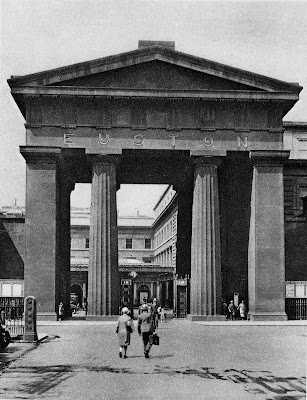 My text and images to some extent follow the pattern set by my Kings Cross and Thames books. Ill be moving (a contrast of classical and romantic, Eros and Thanatos) from the doric classicism of Euston to the contemporary punk-goth-burlesque of Camden High Street and Camden Lock, and as far as Chalk Farm's Roundhouse, taking in Sickert, the Old Bedford and the Camden Town Grouop and the way. Rilke took the view that humanity could be explored through things (landscape), and by exploring the human constructions of this part of London (and doing a lot of fieldwork in the streets and pubs - I can recommend The Lock Tavern, previously The Railway Tavern). By their works we know them? We'll see. The past is a foreign land. But losing what remains of it appears to be some sort of cultural suicide. I was impressed by what the Smithsons wrote in their 1968 book about the Euston Arch. Alison Smithson said a lot of things about the significance of arches, stones and things which I agree with.

When I've completed my text, I'll post it here. And some images. Or perhaps it'll be a fluid text, continually changing, which I can adjust from time to time. 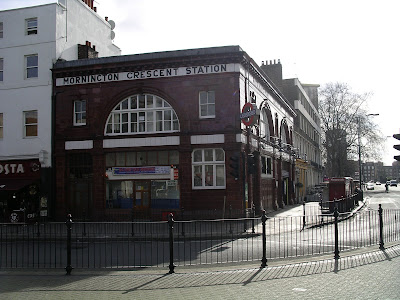 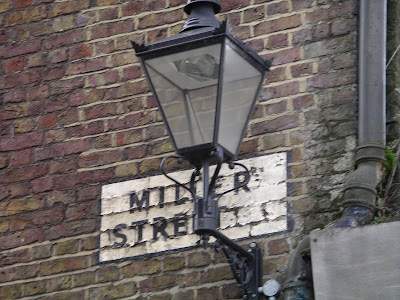 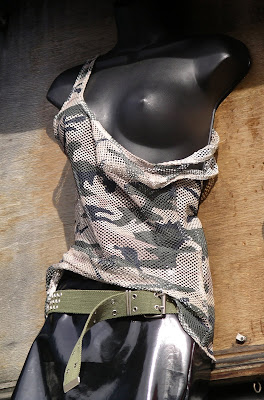 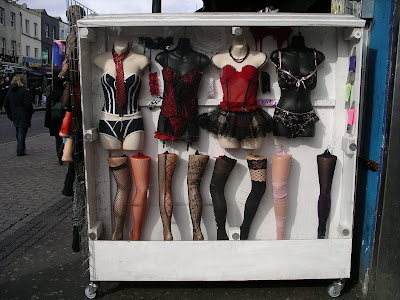 Posted by peter chasseaud at 15:21 No comments: 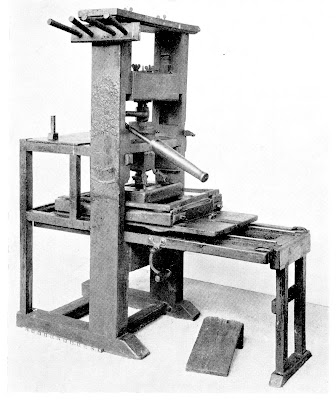 The pic shows a typical wooden 'common press' of the 18th century - the type (!) on which Tom Paine's writings were printed. In Lewes, William Lee, a local bookseller and publisher of the Lewes Journal, had a print-shop in the High Street at the time in the 17760s and 1770s that Paine was in Lewes (before Paine went to the American Colonies and took up the cause of the Colonists against the oppressive Brirtish government of George III.

Watch this space for information about the Tom Paine Printing Press which I'm setting up this year for the Tom Paine Festival in Lewes in the summer of 2009, to commemorate the bicentenary of Tom Paine's death in 1809. On the press I'll be printing some of Tom's key writings, including The Amerian Crisis No.1, Common Sense, and The Rights of Man, plus some of my own work and also some contemporary radical stuff. The press will be set up somewhere in central Lewes, but the location has not yet been decided. The overblown state of the British housing market over the past decade has meant that artists studios and workshops have been squeezed out as every available property gets converted into housing units (how many second homes are there in the UK?). Time for a good rant about private ownership, greed and government policy? I'll leave that for my own crisis papers . . .

Posted by peter chasseaud at 15:07 No comments: