Part I. Drawings. All copyright Peter Chasseaud 2008. NB: These were done in the rain, using soft pencil on thin layout paper, so they were wet and crinkly. They look very grey here because I've had to manipulate the images for them to show up sufficiently. Still, it gives a good impression of some of the weather conditions! 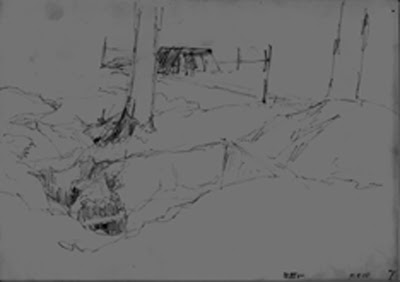 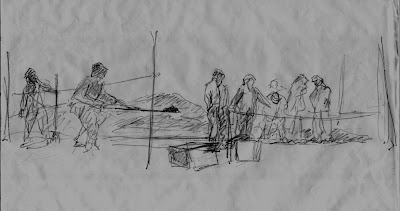 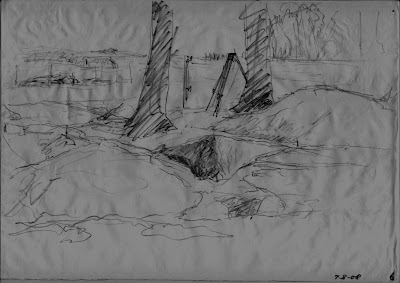 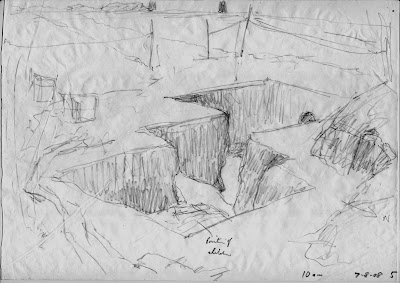 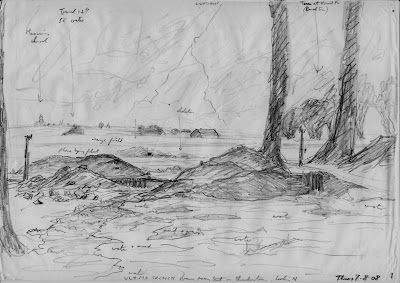 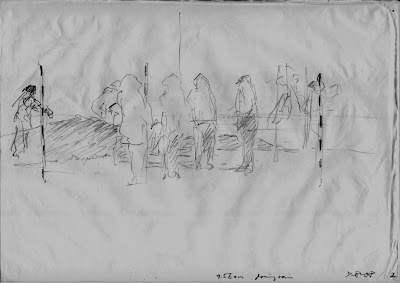 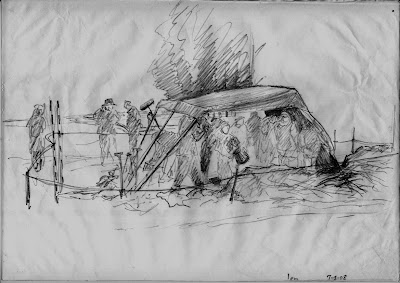 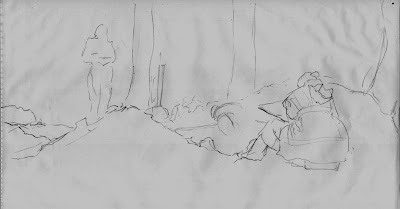 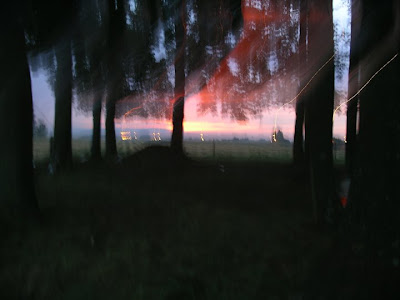 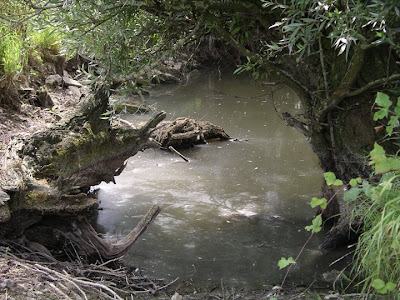 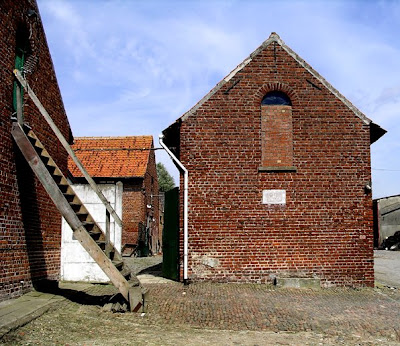 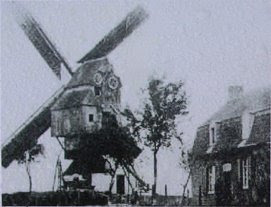 Old photo of the windmill at Spanbroekmolen (now the site of a huge water-filled mine crater, blown on 7th June 1917). This site is south-west of Wytschaete. The photo is being used as part of an interpretation panel at the site. Source of photo unknown. 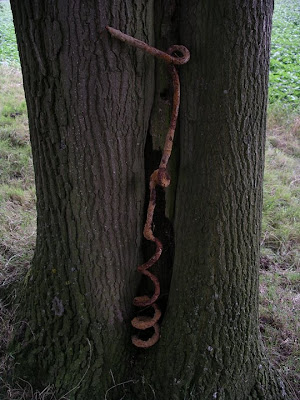 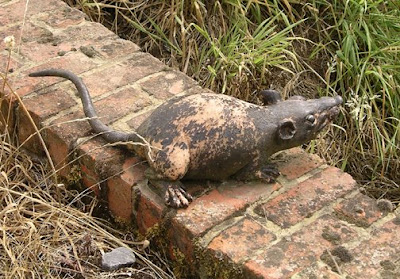 Contemporary trench art 2? Rat on a culvert at Le Gheer, just east of Ploegsteert Wood and south of Le Pelerin and the Birdcage. Photo Peter Chasseaud. 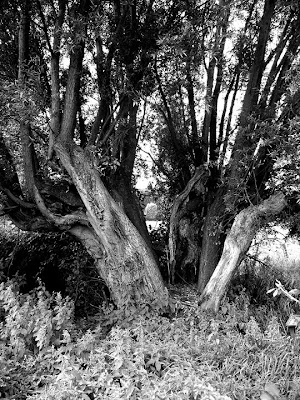 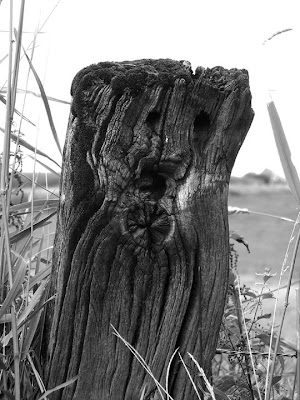 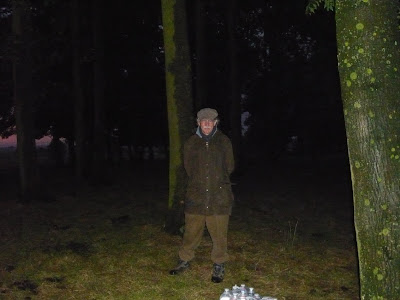 Peter Chasseaud at dawn at Ultimo Trench, on the German front line of 1914-1917, near the spot where the remains of an Australian soldier (presumably a casualty of the attack on 7th June 1917) were found. Three of us were on site (relieving two others) during the night (and what a thunderstorm - luckily the remaining 1917 mines nearby at the Birdcage didn't go off!) to guard the remains until they could be properly recorded and excavated). The red glow in the sky at the left of the picture is the sunrise over Warneton, to the east. Photo courtesy of Henry Daniels.

As last year, my landscape (and phenomenology) work during the week (3rd to 9th August) was divided between the terrain of the wider context and that of the immediate site of the dig being conducted by the No Man's Land group of archaeologists, led by Martin Brown and Richard Osgood of Defence Estates, MOD.

My work consisted of field-walking, drawing, photography and writing, and I will be producing more artwork and writing over the next few weeks. I will be posting some of the results here.

I made two wider walks:

2) a circumnavigation of the dark continent of Ploegsteert Wood, with forays into the interior (there are few public paths, and none that goes right through from east to west.

I saw a huge amount of wildlife - notably herons, hares, rats, partridges, moorhens and geese - and, following on from my project of last year, a large number of willow trees - particularly pollards.

More to follow.
Posted by peter chasseaud at 06:07 No comments: